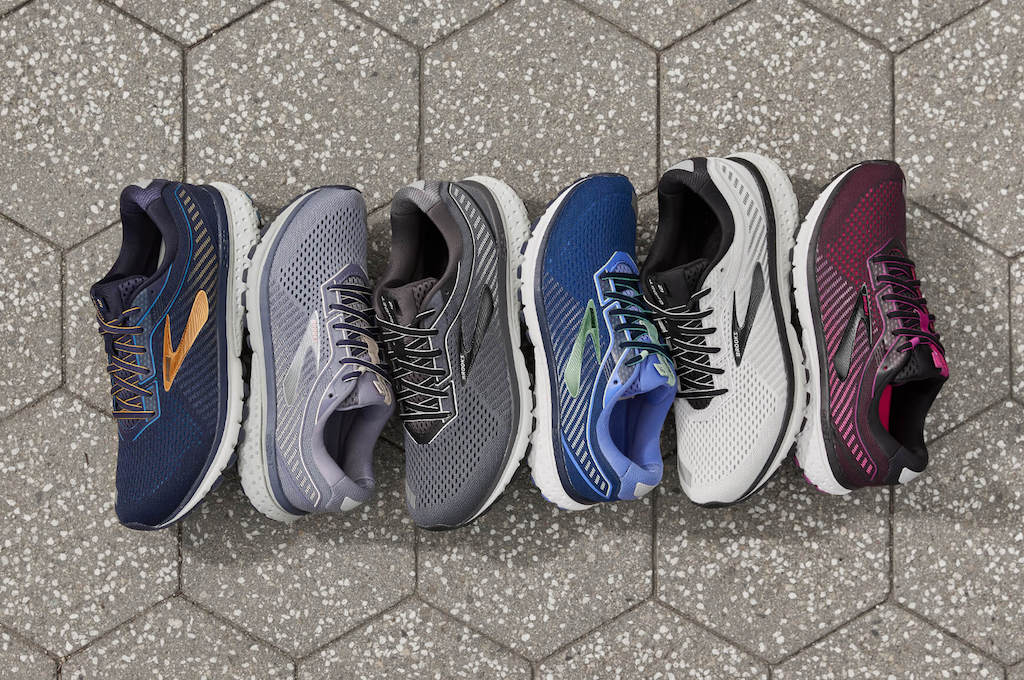 Brooks, the oldest brand of sports shoes, offers us the twelfth opus of one of its flagship models, the Ghost. I tested the model that does not suffer from any defect … a shoe well in all respects!

It was a Sunday in early September. This morning, it was very cool despite a bright sun. I was lined up on the starting line of a fairly rolling 10km that combined roads and paths. A rolling course, pleasant, ideal to get in the legs before the classics of spring. I looked around and watched the athletic fellows ready to jump at the start of the clock … eventually, this race would not be as quiet as hoped. Due to professional deformity, I started to look at the shoes worn by the runners; the unstoppable Asics, Adidas, Nike, some Kalenji but especially a lot of Brooks! Yet, we do not hear much about the American running brand, no ads, or big marketing campaigns, but mainly word of mouth of satisfied users.

The North American equipment manufacturer is not a brand that has been created with the spectacular rise of the running of its last 10 years. Indeed, Brooks is the oldest manufacturer of sports shoes in America. Founded in 1914 by Morris Goldenberg in Philadelphia, he first designed dance shoes, before tackling baseball equipment and football. Brooks ‘boom in running dates back to the early’ 70s, during the boom in jogging. By 1977, his Vantage model was considered the best running shoe by Runner’s World magazine. He was the first to develop and use the EVA (Ethyl Vinyl Acetate) which still today consists of a very large majority of midsoles, and mid-soles double density for better shock absorption.
Brooks wants to be like the brand in total break with the approach of its last 40 years. More than a technology, he designs shoes that respect the way of moving, concentrating on the knees and hips. Their goal is that the body works better, with fewer difficulties.

“Hello, Boss? It is absolutely necessary that I try a pair of Brooks brand! “…. A week later, I received a pair of the bestseller brand, the all-new Brooks Ghost 12. I quickly open the box and discover my first pair of Brooks. A priori, nothing revolutionary, but apparently only …

My pair of Ghost 12 is very classic and pretty, with its green water color, dark green, fluo yellow, black and white. Its look is very clean and at its sight, we can not doubt, it’s a running shoe! Its upper has been redesigned and is made of a light aerated elastic mesh that benefits from the 3D Fit Print process. Its different layers are assembled without seams which avoids unpleasant friction, while lightening it.
The midsole from DNA LOFT technology is the most versatile ever created by Brooks. The foam reduces the impact of the foot on the ground, so that runners enjoy a comfortable and cushioned stride without losing responsiveness or durability. It is associated with the BioMoGo DNA foam which gives it a better reactivity.
The Segmented Crash Pad outsole is made of shock absorbing pads. It inevitably improves comfort, while optimizing the transition of the stride between the heel and the toes. The fluidity is ensured also by a drop of 12 mm, against the foot of most other brands of running. Suffice to say that it will take a certain time of adaptation if I switched to a model Altra zero drop following the test.
I was going to forget the weight. Barely 295 grams for this comfort shoe, yet equipped with a thick midsole.

Brooks’ slogan is “Happy Run”. Well, that’s exactly what I felt after the test, a shoe to hit the run! The Ghost is a safe, comfortable shoe that adapts to all types of runners. Brooks has assembled a mix that offers us an ideal shoe for running over all distances.

First of all the footwear is very light and pleasant. The different layers of the mesh conform to the shape of the foot and provide a very good resistance to external aggressions.
The cushioning of the Ghost is flexible, with the right amount of responsiveness. They seem to adapt to weight and stride regardless of the physical and physiological characteristics of the runner. The cushioning is excellent, not as soft as the Fresh Foam, but with more responsiveness that allows a good boost when necessary. The outsole is just as secure and protective as the rest of the sneaker. The Segmented Crash Pad effectively absorbs shocks, which contributes greatly to the feeling of comfort and safety. As announced, the stride is fluid. The shoe spares stride and joints, even after long trips, I felt no discomfort or pain.
To conclude, if I had to choose words to qualify the Brooks Ghost 12, I will say confidence and comfort. Trust because it is the first sensation that came to me by wearing them; they are stable, light, resistant and fluid. Comfortable, necessarily, but without neglecting reactivity. In short, the Brooks Ghost 12 is a pair of running shoes that you can buy with your eyes closed!
The price ? 140 €!