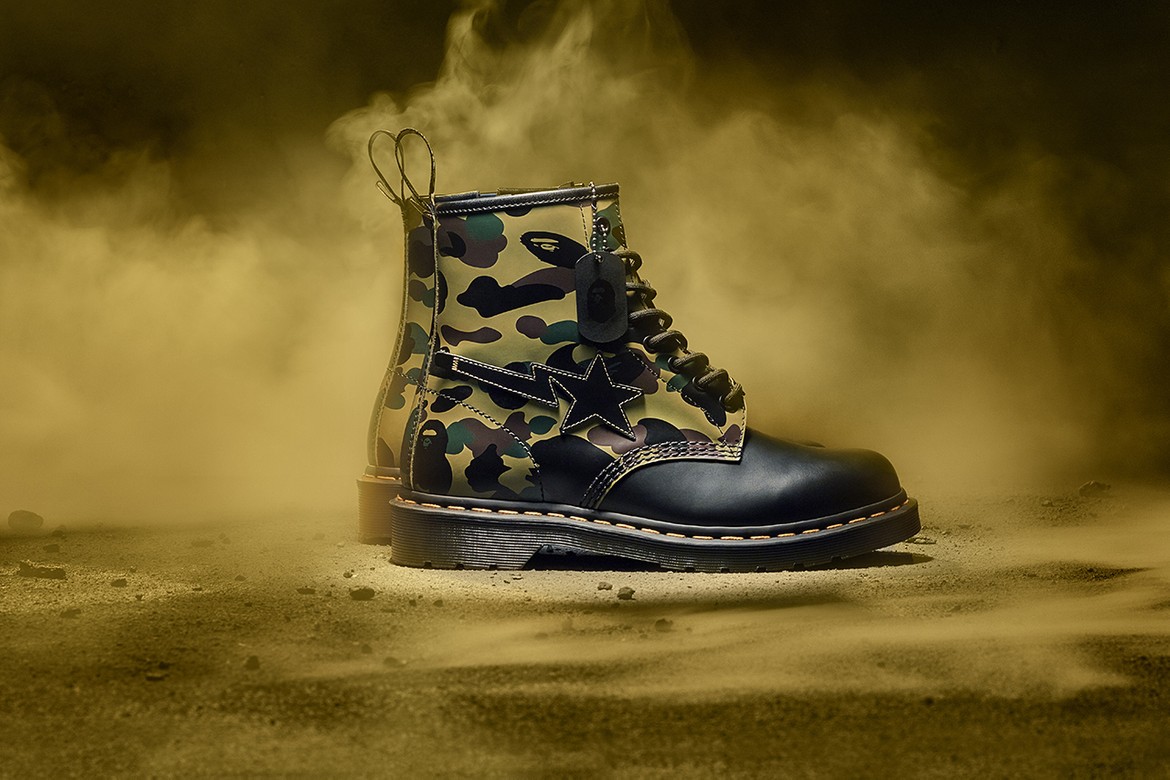 To celebrate the 60th anniversary of the iconic Original 1460 boot, Dr. Martens collaborates with 12 renowned labels and launches his anniversary program with the iconic Japanese streetwear brand ‘A Bathing Ape’.

Six decades of personal expression. Six periods of evolution within the counter-cultures that adopted us. Sixty years of stimulating the carriers of Doc. We have seen the world change dramatically. But one thing remained the same: the 1460.

For the past 60 years, our shoe with its inimitable silhouette has been hijacked by countless countercultures and free thinkers around the world. For each individual who wears them, these boots represent something different. So, to celebrate not only our anniversary but also the start of a new decade, we have chosen to entrust the iconic model 1460 to 12 innovative and internationally recognized brands and designers, who will reshape this flagship silhouette. A new pair will be launched every month throughout 2020.

To open the ball, we called on the famous streetwear brand “A Bathing Ape”, with whom Dr. Martens collaborates for the 4th time. BAPE (A Bathing Ape) was founded in 1993 in Tokyo, Japan. Drawing its roots from the Harajuku culture of the 90s, the “BAPE 1st Camo” signature quickly became a symbol of prestige. BAPE has often looked to English culture and its heritage touch for inspiration. For the 1460 Remastered project, the brand has merged our emblematic DNA with its iconic camouflage, for a partnership that pays tribute to the history of the 2 brands. The 8-eyelet boot is available in a limited edition in Smooth leather that contrasts perfectly with the upper in BAPE 1st Camo colors to offer the best of both brands. The BAPE STA logo is placed in the center of the boot, while the emblematic BAPE face is affixed on the heel loop.