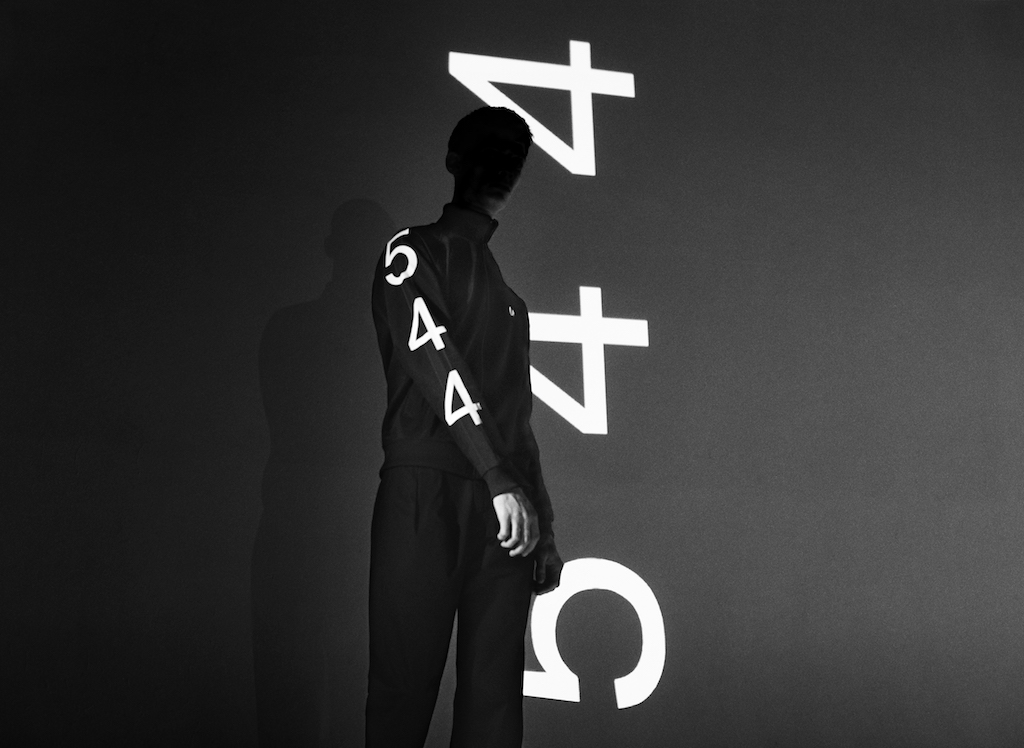 Known for its disruptive and unique vision, the London-based creative agency Made Thought decodes Fred Perry’s DNA, the “5-4-4”, through a new collaboration.

Made Thought immerses itself in Fred Perry’s intrinsic code with a new graphic interpretation. The 5-4-4 is Fred Perry’s own code, a true celebration of the iconic heritage of the British brand. Legend has it that a buyer from Lillywhites asked for the colors of the football team to be added to the original Fred Perry shirt. It then became the first piece to wear the double collar at the collar and wrist, consisting of lines embroidered at a ratio of 5-4-4. It all started with the colors of West Ham United. Today each color has its own story. Made in Leicester, England, the M12 polo shirt has not changed since it was designed by Fred Perry in the 1950s. It’s the piece that has taken the sportswear brand to streetwear, using the same manufacturing ‘original. It’s a real uniform of the sub-culture. Built on a monochrome palette, the collection includes graphic blocks and a bold digital representation of the switch between the classic forms of Fred Perry sportswear.