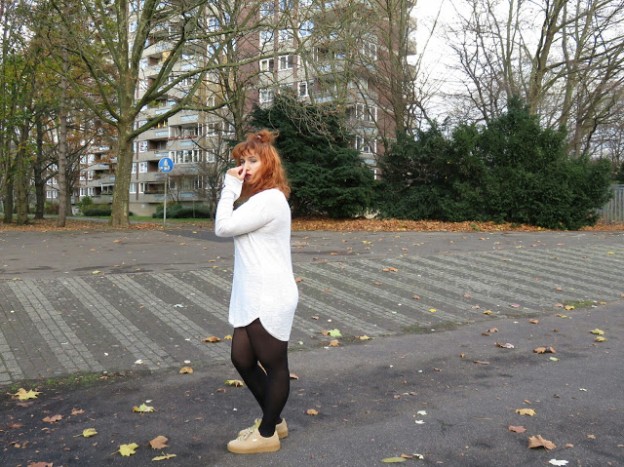 Sneakerheads can be so different, without loving kicks less or more. Obviously people who will camp out without being a reseller and making it their job, can be considered to be someone who loves way more, but I don’t agree. Love is love and you shouldn’t measure it.

Anyway I think I believe – I think because it’s a very immature idea that I’m developing- that one’s sneaker preferences can be connected preferences in all kinds of sectors, or maybe made life experiences.

Let me break it down for you.

I’ve played basketball throughout my teens and used to play it outdoor way before stepping into a gym. The same period I was very deeply into hip hop. I used to write rhymes, know lyrics and check out MTV every day to watch music videos and learn about new songs. Around that time basketball shoes used to be the shit. Whether it was an older retro release or contemporary models. Whether it was a fresh pair of AND1s worn by Vince Carter, Reebok Iversons or Nikes. Everyone was walking around in the dopest basketball kicks…or better…in the dopest pair one could afford.

My sneaker style hasn’t changed a lot from there. I still rock Basketball shoes that are way too bulky simply because that’s how I grew up. I’ve started wearing runners just a few years ago. I’ve even started wearing adidas just briefly. Before that all I was fucking with, were Nikes and Reebok aka the shoes my heroes would wear. I was definitely blinded and biased I guess.

I have a friend who listens to Bass music. Like, electronic-ish techno-ish music and guess what she wears a lot? Exactly – Air Max by Nike. Or have you ever noticed how people from Amsterdam wear Air Maxes a lot while Jordan’s are big in Paris? The more I think about it the more I believe that the culture you grew up in determine your taste concerning sneakers just how it determines everything – food, style, music. It’s so much about what the elders around you, the ones you considered to be cool and you looked up to used to wear. So people who are into soccer will be more into adidas while ballers will forever appreciate Nike more just how hip hop heads have an odd thing for Timbs. Yeah yeah cliches, whatever some cliches might apply. Look at me, I’m as cliche as it gets.